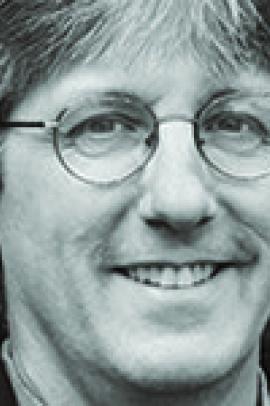 How do musicians do what they do? This question has motivated much of my research, leading to the study of situated cognition. I am interested in the knowledge and processes that musicians use in performance, not as isolated units but in relation to one another. I am particularly fascinated by the dynamics of interaction among performers. I am also interested in matters of musical cognition such as the acquisition, differentiation, and distribution of musical competence, musicians’ conceptualizations of the pieces they know, and the workings of memory. I have pursued these interests primarily in Indonesia (Central Java and Bali) and Israel.

My dissertation research, supported by a Fulbright DDRA fellowship (1982-83), concerned Javanese musicians’ interaction in the performance of pathetan. I explored the interplay of different levels of competence, mutual assessments, and social differences. These interests developed further to form the basis of the cross-culturally applicable analytical frameworks presented in Knowing Music, Making Music (University of Chicago Press, 1995; winner of ASCAP’s Deems Taylor Prize 1996).

Ten years later I returned to Indonesia, with the support of a Fulbright Faculty Research fellowship, for a comparative study of the workings of musical memory in Java and Bali. The focus was on the memorization and recall of long gamelan compositions, some of which are confusingly similar.

Before coming to UC Berkeley I taught in Israel for three years at Tel Aviv University and the Hebrew University in Jerusalem. I also directed the Workshop for Non-Western Music at the Jerusalem Music Center where I taught Javanese gamelan, coordinated instruction in Arab, Jewish, and East African music and produced concert series dedicated to exposing the public to a broader range of musical practices than was then generally known in Israel. Returning to Israel on numerous occasions from 1991 to 2003 I conducted research on the emergent field of performance involving Palestinian musicians from the West Bank as well as Israeli Jews and Arabs.

Courses I have created and taught include “Music in the Middle East,” “Music and Theater in Southeast Asia,” “Music in Central Java,” and “Music in American Cultures” at the undergraduate level and graduate seminars titled “Music in Mind,” “Improvisation,” “Historical Ethnomusicology,” and “Tools of Ethnomusicological Research,” among others.

I have also had the good fortune to co-direct Gamelan Sari Raras, UC Berkeley’s Javanese music ensemble, with Midiyanto, Santosa, and Heri Purwanto. The group gives four or five performances a year, often including shadow play or dance.