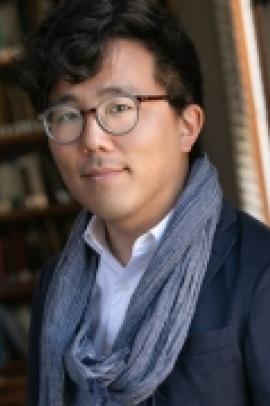 Andrew Way Leong is a comparativist who works primarily in Japanese and English with additional interests in Spanish and Portuguese. He approaches the study of Asian American literature (and literatures of Asia and the Americas) with special attention to the generative frictions within and among multiple languages and literary traditions. His research focuses on the literature of Japanese diasporas in the Americas as well as queer and critical theoretical approaches to the study of literary genre, gendered embodiment, and generational time. He is the translator of Lament in the Night (Kaya Press 2012), a collection of two novels by Shōson Nagahara, an author who wrote for a Japanese reading public in Los Angeles during the 1920s. He is also completing a manuscript entitled A Queer, Queer Race: Origins for Japanese American Literature. This book examines Japanese and English language texts written by Sadakichi Hartmann, Yoné Noguchi, Arishima Takeo, and Nagahara Shōson—authors who resided in the United States between the opening of mass Japanese emigration in 1885 and the ban on Japanese immigration imposed by the Immigration Act of 1924. Prior to joining the faculty of UC Berkeley in 2018, he was an assistant professor of English and Asian Languages and Cultures at Northwestern University (2012-2018).