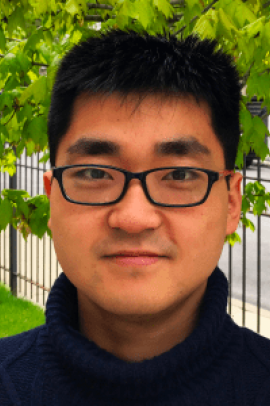 My research focuses on the global history of music during the so-called early modern period—both on the time period itself, typically defined as late 1400s to early 1800s, and on its much-debated “early modern” label. Specifically, I study popular songs, operas, tunings, and musical thoughts that flourished in Europe and East and Inner Asia and the trans-Eurasian networks of people, goods, and knowledge. Besides examining the interstices between songs/sounds and empire-building, colonialism, migration, and global integration, I also ask how music can help us understand exactly what (early) modernity meant in a global context, and how its sonic legacies continue to inform the ways we hear and conceptualize globality today.

My current book project, The Phonographic Revolution: Writing, Song, and the Advent of Global Modernity, captures a critical shift in the relationship between voice and writing in the early modern world. Focusing on Western Europe and China, I aim to demonstrate how the two ends of Eurasia moved concurrently towards a theory and praxis of writing qua fundamentally a form of phonography: i.e. the writing of the voice. To do so, I compare the French and Qing Empires not as independent entities but as co-constitutive cultural-colonial spheres deeply integrated with ech other and with the rest of the world. By examining song and opera cultures in relation to musical ethnographies, book cultures, and paradigm shifts in philosophy and philology, I examine how voice and writing began to take on that phonographic relationship as the two empires effected and responded to sweeping global transformations. Some of the fascinating primary sources I’m working on include singing manuals written in French, Italian, and Classical Chinese; Qing collections of songs from Taiwan and Uyghurstan; European attempts to decipher Egyptian hieroglyphs; discussions of pronunciations by Chinese philologists and opera aficionados; and a manuscript from the Qing court containing a treatise on Western music theory, experiment notes for a fourteen-tone temperament system, and an outline for reforming Chinese opera. In the end, I seek to understand whether phonography defines a hitherto overlooked aspect of modernity, and whether this aspect can help us better narrate the history of (early) modernity in a way oblique to the teleologies of scientific or technological progress.

Besides my own research in early modern Europe and China, I am also interested in developing new methodologies for comparative and global music histories. On the theoretical side, I explore how existing models of “big history,” “deep history,” “global history,” “world history,” postcolonial studies, and more can (or cannot) overcome the ethnocentrism and cultural essentialism that persist in scholarly as well as non-scholarly understandings of music. On the practical side, I am interested in translating historical sources on music from different languages, cultures, and modalities of communications into English, so as to facilitate reforms to music history pedagogy towards a global and cross-cultural direction. Currently, I am accumulating my own translations of Chinese and Manchu sources (as well as related documents from other languages), hoping to publish them as a critical reader for the history of music in China. My interests in global history also serve to expand the scope of my own research, which is currently limited to Europe and China. Through studying more languages and engaging with scholars and students across disciplinary and cultural boundaries, I look forward to expanding the narrative of my current book project beyond just the French and Qing Empires in my future monographs.

I was born and raised in Beijing, China before my undergraduate studies at Amherst College. I received my Ph.D. in Music History and Theory from the University of Chicago in 2019, with a dissertation From Ut, Re, Mi to Fourteen-Tone Temperament: The Global Acoustemologies of an Early Modern Chinese Tuning Reform that probes the imperial and empirical epistemological origins of the notorious Qing tuning system. My dissertation was supported by a Neubauer Family Presidential Fellowship at the University of Chicago and a Howard Mayer Brown Fellowship, Chateaubriand Fellowship, and CLIR/Mellon Dissertation Research Fellowship in Original Sources.