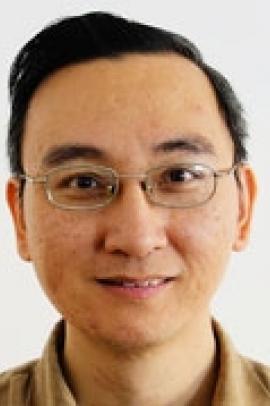 Professor Ling Hon Lam received his Ph.D. at the University of Chicago. He was an An Wang postdoctoral fellow at Harvard University and a Newhouse research fellow at Wellesley College in 2010-11. His research and teaching interests cover premodern drama and fiction, women's writing, sex and gender, history and theory of emotion, nineteenth- and twentieth-century media culture, and critical theories. He is the author of The Spatiality of Emotion in Early Modern China: From Dreamscapes to Theatricality (New York: Columbia University Press, 2018). His other publications include “The Matriarch's Private Ears: Performance, Reading, Censorship, and the Fabrication of Interiority in The Story of the Stone” (HJAS 65.2), “Reading off the Screen: Toward Cinematic Il-literacy in Late 1950s Chinese Opera Film” (Opera Quarterly 26.2-3), "Bao-yu's Multimedia Classroom: Reading, Performance, and the Vicissitudes of the Voice from The Story of the Stone to Its Film Adaptations" (in Approaches to Teaching The Story of the Stone), “A Case of the Chinese (Dis)order? The Haoqiu zhuan and the Competing Forms of Knowledge in European and Japanese Readings” (Asian Publishing and Society 3), and “Allegory and the ‘World’ Formation in The Journey to the West” (forthcoming in Blackwell Companion to World Literature). His new project is concerned about the fate of reading in late imperial and modern Chinese media culture.